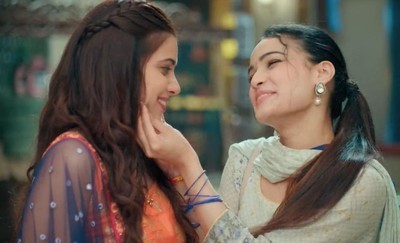 Star Plus show Pandya Store is going to witness major drama in the upcoming episode of the show.

Dev and Shiva learn about Dhara’s sacrifice and they decide to help her by building a room for her.

On the other hand, Dev also arranges the money and the preparation to build a room for Dhara begins.

Meanwhile, Anita comes to know about it, and she decides to fail the plan of Shiva and Dev.

Anita plans to use Rishita as she is the only one in the house who is unhappy with the decision.

It will be seen that Anita plans to do something big to put Pandya family in major trouble.

Will Anita accomplish in her mission to destroy Dev-Shiva’s preparation?

Do not miss the next big twist, so make sure you read the new updates only on SerialGossip.com

Pandya Store: Dhara in do or die situation give heir to Suman or leave Gautam

Pandya Store: Dhara in do or die situation give an heir to S...

Pandya Store: Raavi tears her diary to get rid off bitter pa...