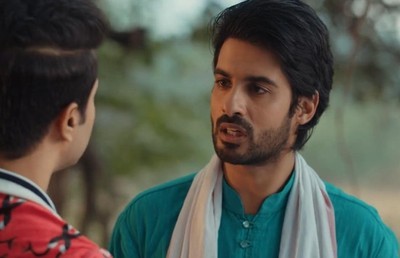 Star Plus's popular show Yeh Hai Chahatein is about to showcase some interesting twists in the upcoming track.

Rudraksh and Preesha's life seems to take a shocking turn in the story.

Rudraksh is unaware that Roohi is his daughter while Bunty hides the truth from Rudraksh.

Yuvraj reaches Preesha's house and he notices Bunty and Rudraksh there and he wonders what Rudraksh is doing in the village.

Yuvraj realizes that Rudraksh is Roohi's secret friend and he laughs thinking that he does not know that Roohi is his daughter but now he won't let him know too.

Rudraksh and Bunty leave the village

On the other side, Rudraksh decides to leave the village with Bunty.

Rudraksh and Roohi share an emotional moment together and he informs her that he is leaving the village.

Roohi gets emotional reading Rudraksh's letter the next day and she runs to meet him for the last time.