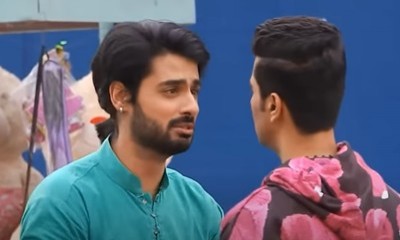 Star Plus's popular show Yeh Hai Chahatein is about to showcase some major drama in the upcoming track.

Rudraksh decides to leave the place with Bunty and gets emotional thinking about Roohi and misses her.

Rudraksh and Roohi hug each other and he places a kiss on his forehead.

Rudraksh writes a goodbye letter to Roohi and says that if she was his daughter then he would have kept her with him always.

Rudraksh and Roohi recall the moments shared with each other and get hurt.

Roohi gets emotional and she runs to meet him while Preesha reads the letter.

Rudraksh thinks that Roohi did so much for him but he broke her heart and he asks Bunty to stop the car.

Later, Roohi meets Saransh and he suggests her to stop her friend.