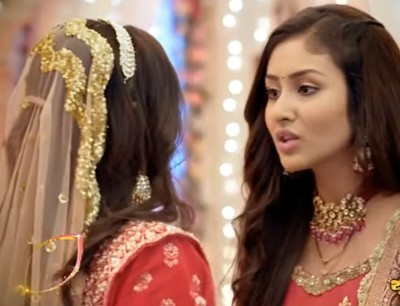 It was earlier seen that Rajeev calls Neeti and tells her that he can't get married to her because he is already married.

However, Neeti fails to hear anything because of a bad network.

Later, Rajeev decides to leave a note for her which Neeti's mother reads, and is left devastated.

Neeti's mother tries to tell her the truth about Rajeev, but a riot breaks out near them, and Neeti's mother gets shot by a goon.

Now in the upcoming track, Parineet goes to congratulate Neeti on her wedding day unaware of the fact that her best friend is getting married to Rajeev.

Shockingly, Rajeev will escape feeling the guilt of cheating on his wife which will leave Neeti stressed.

Neeti will share her concern with Parineet and will ask for help.

Parineet will decide to find out about Sanju for the sake of Neeti's happiness.

What will happen when Parineet will find out that Rajeev is Sanju? Will Parineet sacrifice her love for her best friend?