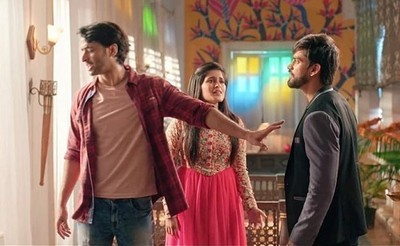 The ups and downs in Abeer and Mishti’s life in the upcoming story of Yeh Rishtey Hai Pyaar Ke will get more intensified.

Abeer and Mishti take the decision of adopting a baby child instead of surrogacy.

Kunal stands against Abeer and Mishti’s decision as he wants Abeer to go with Meenakshi’s decision.

Abeer is not ready to disturb Kunal and Kuhu’s marital life by making Kuhu surrogate mother but Kunal is ready to do it.

Abeer and Kunal will have a drastic confrontation when Kunal opposes Abeer’s decision while Abeer is adamant to not surrogacy.

What will happen next in Yeh Rishtey Hai Pyaar Ke is quite enthralling as Kuhu finally decides to become a surrogate mother for Abeer and Mishti’s child.

Kuhu surely agreed for surrogacy but how her decision will affect Abeer and Kunal’s brotherhood is really going to be unacceptable.

Let’s see what more will happen next in the show.