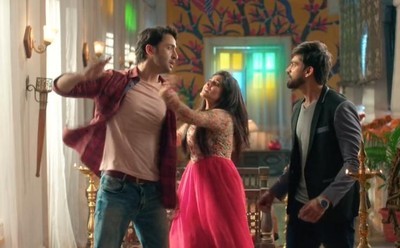 It was earlier seen that Kunal asks Kuhu to turn Mishti and Abeer’s surrogate mother.

Kuhu rejects this idea and break ties with Kunal.

Kunal is unhappy with Kuhu’s move and tags her selfish for always thinking about self.

Abeer is unable to bear more ill words about Kuhu and raises his hand on Kunal to slap him.

Fortunately Mishti stops Abeer on time and stops the fights.

It would be really interesting to see how Abeer and Mishti handle this fight.