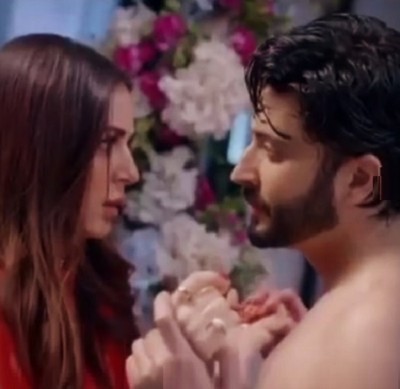 Earlier seen how Karan and Preeta get into a fight when they are up for their first wedding night.

Although, Karan hates Preeta after what she did with him,

Karan’s love for Preeta can never end and this is how Karan and Preeta come closer in the rain shower.

Moving ahead, Karan sleeps on the bed while Preeta goes on the couch but before Preeta could sleep tight, Preeta gets shocked realizing Karan is suffering a bad sickness.

Preeta starts caring for Karan like a sweet wifey where Karan feels touched by Preeta’s such beautiful effort.

What will happen next in Kundali Bhagya is quite interesting as Karan and Preeta are going to fall in love harder and deeper.

On the other hand of Karan and Preeta’s love season, Mahira is again ready with her new plan to trouble Preeta.

This is going to be another big challenge for Preeta amid her ‘Pehli Rasoi’.