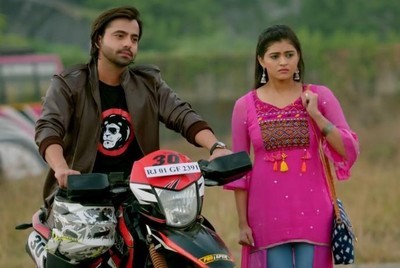 The upcoming episode of Star Plus serial Shaadi Mubarak will witness a new entry in the show.

It was earlier seen that Priyanka was all set to marry Amit as fixed by her mother Kusum.

Now Amit takes Priyanka for a ride where he tries to intimate her.

Priyanka refuses to get intimate with him before marriage.

Shockingly Amit blames Priyanka for keeping physical relation with Tarun who was already a married man.

Priyanka thus breaks ties with Amit and prefers to walk.

Here NT aka Neel Tbrewal who is KT's step-brother marks his entry and secure Priyanka.

Kabeer Kumar shot to fame with his serial Tum Hi Ho Bandhu Sakha Tumhi and was part of many serials in parallel lead.

Let's see how NT and KT come face to face adding new drama to the storyline.