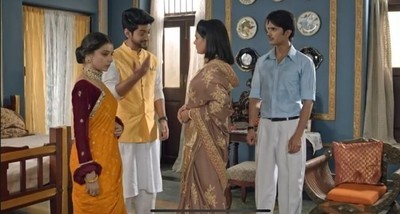 It was seen that how Veer intoxicated Nalini food so that later he can trap Randhir in all this and make Nalini throw him out.

While further Randhir and Veer face off is there where Veer is not leaving any stone unturned against Randhir.

But here Randhir double crossed Veer and put him under same blame of attempt to kill Nalini which is going to twisted by Amrit.

Further Amrit decided to safeguard Veer from this humiliation as she don’t want Veer to get down in Nalini eyes.

Will Veer get lesson of Amrit kindness for him?