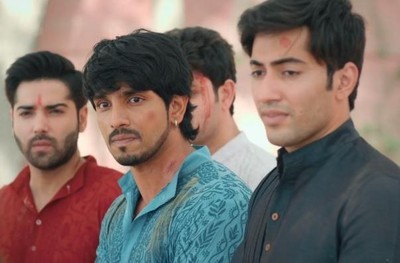 It was earlier seen that Shiva and Krish used to hate Rishita as she always used to make fun of Pandya family unity.

However Gautam and Dhara always wanted Shiva Krish to respect Rishita and call her Bhabhi but in vain.

Shiva Krish decides to exact revenge with Rishita but their master plan backfired and they had to face severe punishment from Dhara.

Fortunately when Shiva and Krish were about to die Rishita was one who saved their life and loved them.

Pandya Store: Tough time for Suman and Dhara to sort the pro...