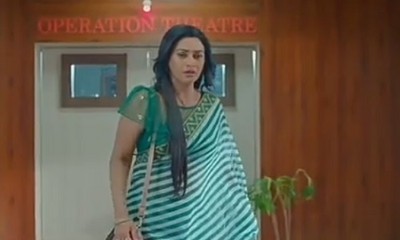 Preeti is super excited to become a mother once again and conceive a child for KT.

Preeti's happiness comes to halt when she gets her test report.

The ground slips under Preeti's feet when Preeti comes to know that she suffers from ovarian cancer and thus can't conceive a child.

Preeti who decided to fulfill KT's dream of becoming a father falls broken.

Consequently, Preeti takes a drastic step when she opts for surrogacy.

Purti wants to thank Preeti for everything that she did for her mother.

What is interesting is that Purti promises to become a surrogate mother for her and KT's child and payback her for saving her life.

Preeti is happy getting a surrogate mother, but will KT ever accept Preeti's decision and what effect it will have on KT and Preeti's relationship.

Keep reading serialgossip.com for more updates and the latest news.

Shaadi Mubarak: Preeti gets the surrogate mother to make KT ...