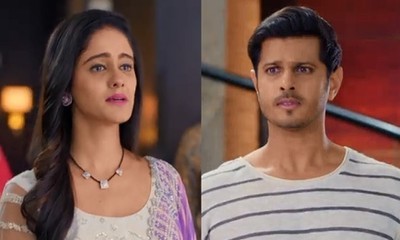 Sayi gets super pissed off when even after exposing the truth to the family, everyone blindly believes in Pakhi.

Sayi thus moves out of the Chavan House and reaches college.

Where Pulkit consoles Sayi, Sayi moves to Pulkit's house and refuses to go back to Chavan house.

Sai is frustrated with how Virat didn't confess his relationship with Pakhi but always stays closer to her.

Now when Pulkit asks Sayi to go back, Sayi refuses as she wants to test Virat's love and care for her.

Sayi executes her master plan against Virat the moment she decides to not return back to Chavan House.

Where Virat is left quite worried, concerned, and tensed after Sayi doesn't return from her college,

Will Virat be able to locate Sayi and will bring her back?