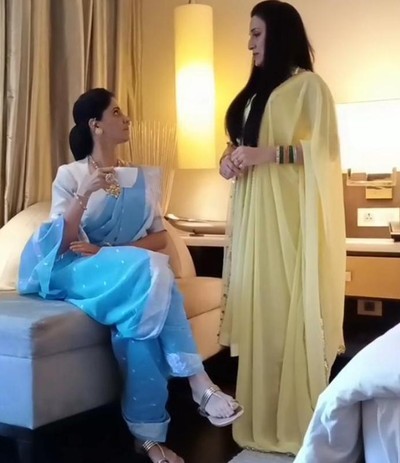 Just for fun recently Bhavani Kaku and Sayi swapped their role and have shared on social media.

In swapped roles Sayi is ready to go to college when Bhavani Kaku calls Aye Jungli Mulgi and asks her the difference between Paneer Tikka and Paneer Masala.

Bhavani asks Sayi to stop her studies and asks her to concentrate in Rasoi.

Both Bhavani and Sayi looks beautiful ad perform their swapped role quite well.

Coming back to serial Bhavani Kaku does not leave a chance to taunt Sayi and make her life hell but Sayi makes sure she gives fitting reply to Kaku.